With the slew of new product and partnership announcements from Apple today in San Francisco, there is an exponential amount of media coverage on the many topics so we're going to keep ours short (we couldn't skip it all together though!).

As you probably already know, Apple announced the iPhone 7, iWatch Series 2, and Airpods today. Three products that are not necessarily radical redesigns, but definitely a step up from their predecessors.

The iPhone 7 and 7 Plus will boast new camera systems, dust and water resistance, and the best battery life for any iPhone to date. The new devices will be available in 5 different colors, with new home button functionality, and will drop Friday, September 16 in 25 countries, and will ship with iOS 10.

Apple is known for pushing technology, and they are doing so yet again by doing away with the traditional 35mm headphone jack. The iPhone 7/7 Plus will ship with ear buds that fit the lightning port, but they are also putting out new wireless earbuds dubbed Airpods. While the Airpods lack buttons, they make up for it with new sensors that can detect when you are talking, or when you set them down and will in turn pause your music. They also have other touch sensitive functionality, 24 hours of listening time per charge, and pair easily with one touch.

Last but not least, Apple's iWatch Series 2 also gets improved water resistance and a new OS. It will also have a two-times brighter display than the first version, a dual core processor, and the ability to play the ever popular Pokemon GO.

All of the new products will be hitting stores in the near future, so stay tuned and you can always check in with Apple for more info or to pre-order. 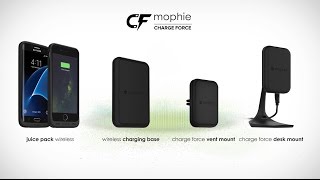